I’ve had a very productive few days after getting back home from a little holiday in Suffolk.

Saturday evening saw me playing as part of the Replay Acoustic Band at a private function in Burton-Upon-Trent – I really like playing with Dan and Jess who as well as being great musicians, are also the nicest guys in music! My next gig with them is on the 25th June in Kings Bromley, Staffordshire.

On Monday 13th June I was at Pluto Studios, playing drums and percussion on Jon Coley’s next release. The band played live (to a click track) and if what I heard whilst we were recording is anything to go by then it should be anther awesome record! I played on Jon’s last release, ‘Raincloud Man’ which sounded amazing and has been selling really well, I’m told. You can find out more about Jon and his music here

Which leads me nicely onto Tuesday 14th when I played drums and percussion on Alx Green’s new record. I was delighted when Alx asked me to play a few week’s ago as he’d heard me playing on Jon Coley’s ‘Raincloud Man’ and said…”Whoever played drums on that…is playing for me…!”… or so I’m told!

I was at Edge Studios this time, and once again I can’t wait to hear the final mixes… Alx was told to make the record by a BBC radio presenter as his previous home recordings hadn’t quite cut the mustard sonically. However, songwriting-wise they are excellent and so with the use of a pro studio and session musicians I think there may be some songs coming through the airwaves very soon…  AlxGreen.com

On Wednesday I was back at Orchard giving a drum lesson – I still have a couple of spare places if anyone is interested, check out the lessons section of this website. Then I was hosting the Acoustic Showcase / Open Mic with Pete Wilson on piano, guitar and vocals at The Railway Inn, Alsager as we do (almost) every Wednesday. 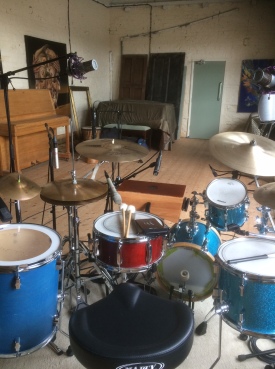 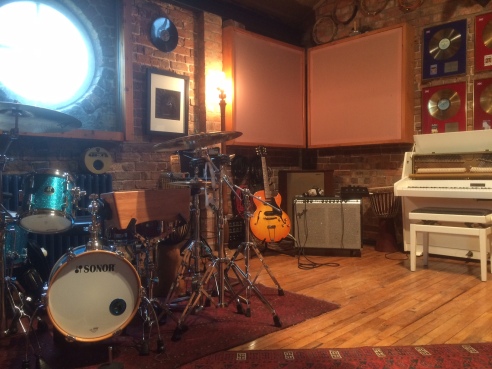